Development of the Excretory System

Under the inductive influence of the collecting ducts the metanephric tissue cap or blastema (metanephric mass of intermediate mesoderm) form small vesicles, the renal or metanephric vesicles. The S-shaped tubules arise from these vesicles and a glomerulus which is surrounded by Bowman's capsule forms at the proximal end of these tubules. These tubules continuously elongate to differentiate into proximal convoluted tubule, loop of Henle and distal convoluted tubule. Together, the renal corpuscle (glomerulus and Bowman's capsule), proximal and distal convoluted tubules and the loop of Henle, forms the functional unit of a permanent kidney, called a nephron. 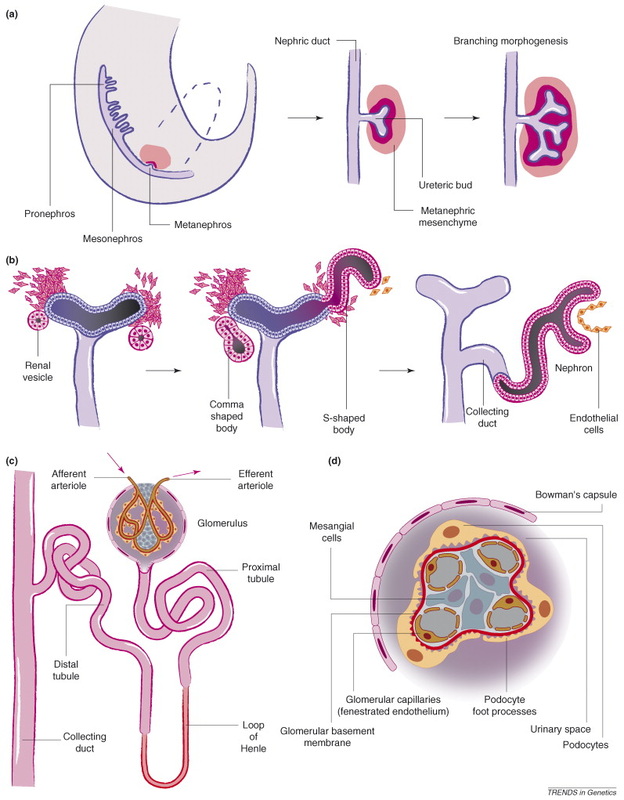 The fetal kidneys appear as a lobulated structure, but these lobules disappear as a result of further growth of the nephrons. Nephrons are formed continuously until birth and at term there are approximately 1 to 1.5 million in each kidney.