During early 4th week of development the pronephros is the first set of kidneys to appear in the neck region. The pronephros is represented by 7-10 solid cell mass and forms the cranial most nephric structure. It forms the pronephric ducts and pronephric tubules which open into the cloaca. These are transitory, non functional structures and entirely disappear by the end of the 4th week. 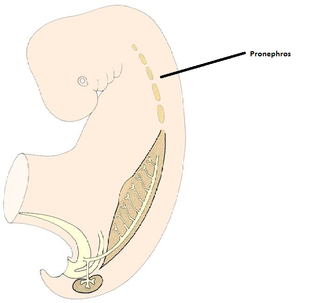 Pronephros in a developing embryo, available at: http://www.bionalogy.com/urinary_system.htm

In the late 4th week of development as the pronephros start to regress, a second set of kidneys start to develop caudal to the pronephros, called the mesonephros. These are large and elongated structures, which extend from upper thoracic to upper lumbar (L3) segments and function as interim kidneys until the permanent kidneys develop. 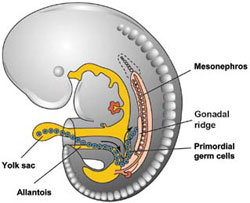 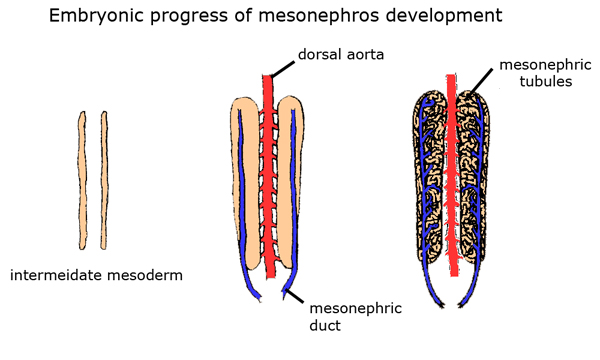 Development of mesonephros, available at: http://www.ucumberlands.edu/academics/biology/faculty/kuss/courses/Urogenital/UrogenitalOverview.htm

It consists of excretory tubules; the mesonephric tubules, which lengthen rapidly to form an S- shaped loop and at their medial extremity they acquire a tuft of capillaries called, the glomeruli. A Renal corpuscle is formed when the tubules form a capsule called the Bowman's capsule surrounds the glomeruli. Laterally these tubules open into the long collecting ducts known as the mesonephric or wolffian ducts and these ducts open into the cloaca. By the end of the second month the glomeruli and the cranial tubules degenerate. A few caudal tubules and the mesonephric duct persist and participate in the formation of male genital system, but in females they regress. 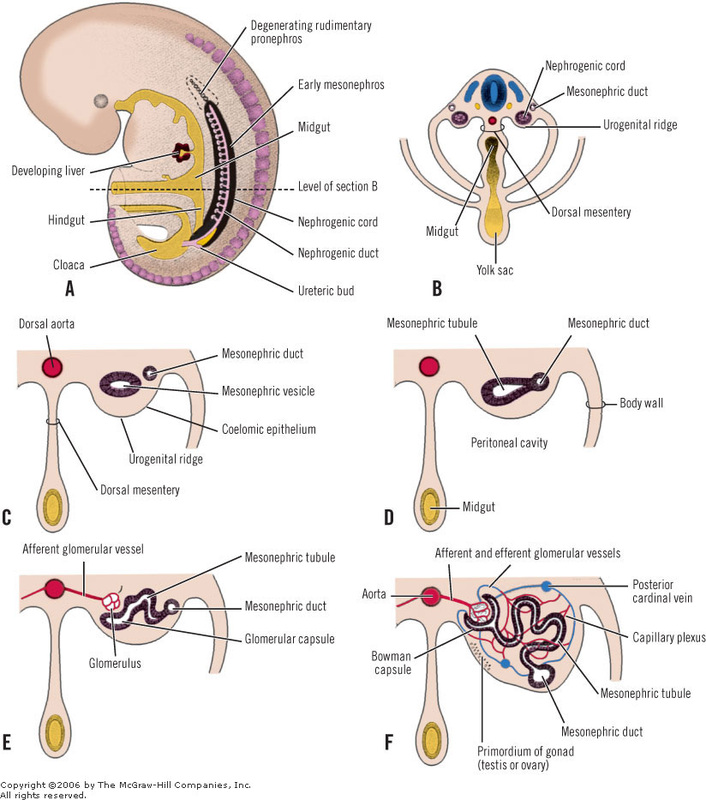